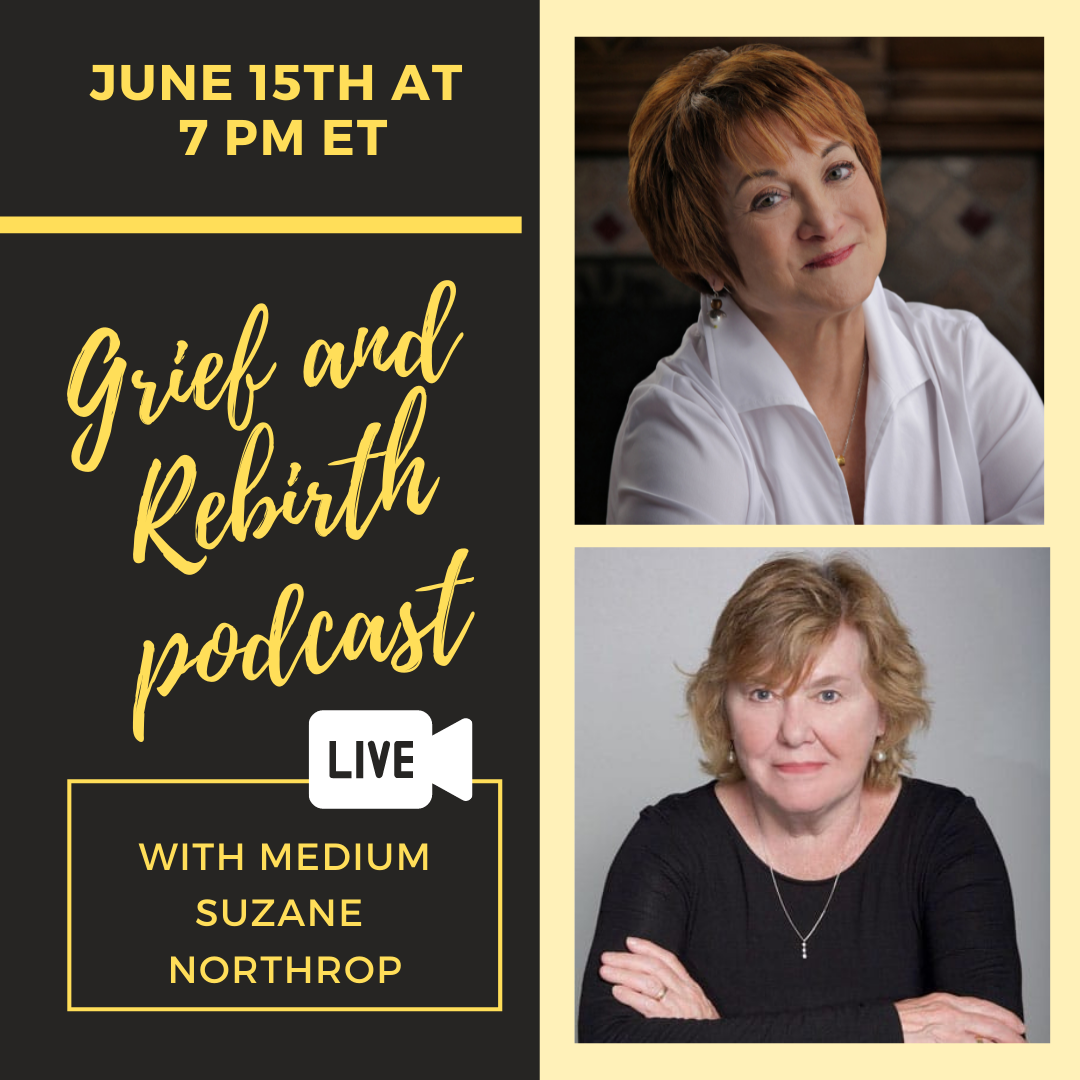 Grief and Rebirth Podcast LIVE! with Medium Suzane Northrop – a special Father’s Day event with messages from loved ones who passed

During this intimate evening, Irene and Medium Suzane Northrop will chat about connecting with loved ones on the other side.

Suzane Northrop had her first experience with a deceased person at the age of 13, when her grandmother, who had just died, came to visit her. “I often wondered,” she writes, “why others had such difficulty with something that seemed so natural that I didn’t even think to question it.” Northrop has been working as a trance medium for more than 30 years and is considered an expert in psychic phenomena. She has worked and lectured widely on bridging the gap between the world of the living and the spirit world.

Suzane works with what she calls “DPs,” or members of the “Dead People’s Society.” Her aim is to help others validate their own connections with loved ones who have passed over in order to work out unresolved grief, anger, and guilt.

Notably, Suzane was part of The Afterlife Experiments, which were filmed for the HBO documentary, Life After Life. The Experiments were conducted by Dr. Gary Schwartz of the University of Arizona. Dr. Schwartz and Suzane both are on the staff of presenters at Canyon Ranch in Tuscon, AZ.

Suzane is author of Everything Happens for a Reason, A Medium’s Cookbook, and Second Chance: Healing Messages from the Afterlife. Her Emmy-nominated show, The Afterlife with Suzane Northrop, can be seen on here! television; her monthly Internet program, The Suzane Northrop Show, can be heard on Blog Talk Radio.

Limited space is available. RSVP now to guarantee a spot!